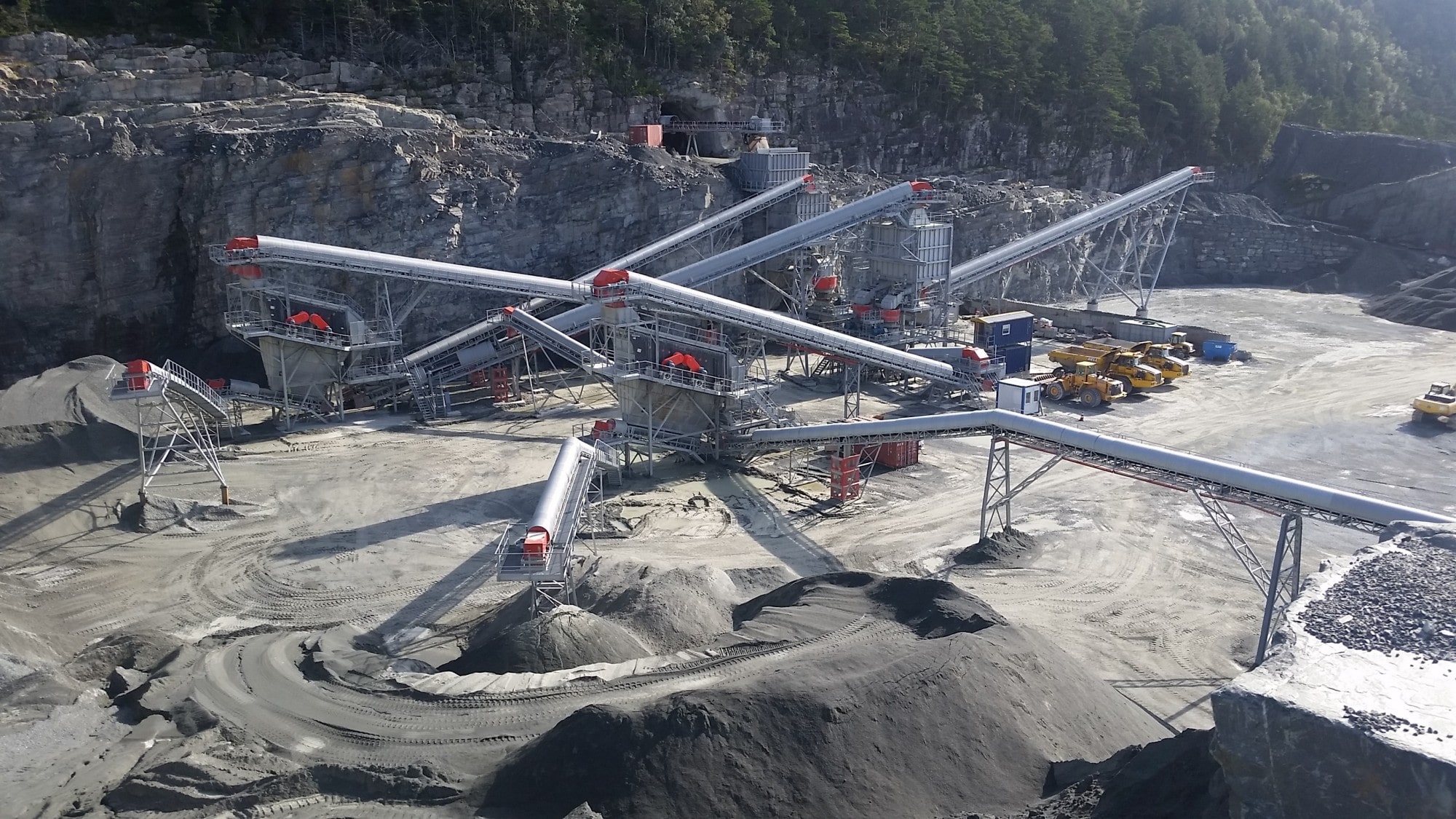 The permit for sandstone aggregate extraction at the site was secured in 2005 the installation of the crushing plant began in 2012 with the equipment becoming fully operational in 2014. The development included a significant investment in the construction of a new quay and shiploader to service vessel loading for the local and export markets.
Prior to the new Sandvik plant being installed the site operated with smaller mobile plant to create a working area for the main plant installation and to cut the tunnels for primary feed and shiploading.
The business operates as DC Seljestokken Aggregates AS, the owners Belgian Group De Cloedt who own 75% and run and manage the business on a day to day basis. The Dutch Group Volker Wessel (KWS Asphalt) holds 25% ownership.

The site has consent to extract over 100 million tonnes with a potential for extension beyond this.
Since the installation of the new crushing plant, the sales volume has grown to around 0,8 million tonnes annually with a capacity of 1,2 million tonnes in the current configuration. This volume is growing as the quarry and product gains increasing acceptance in the target markets.
As the Norwegian coastal quarrying industry has developed and matured an established position has been secured by NSE across the coastal regions of Northern Europe and Russia.The owners have significantly invested for the future and as environmental concerns have increased the scope to open and develop new quarries has become increasingly limited in Norway.
Seljestokken enjoys unrestricted access to Frosjøen Fjord then open access into the North Sea, the exclusive quay has unrestricted permission to operate 24/7.